Shifting interpretations in evidence and guidance in pain and opioids research: A bibliometric analysis of a highly cited case series from 1986 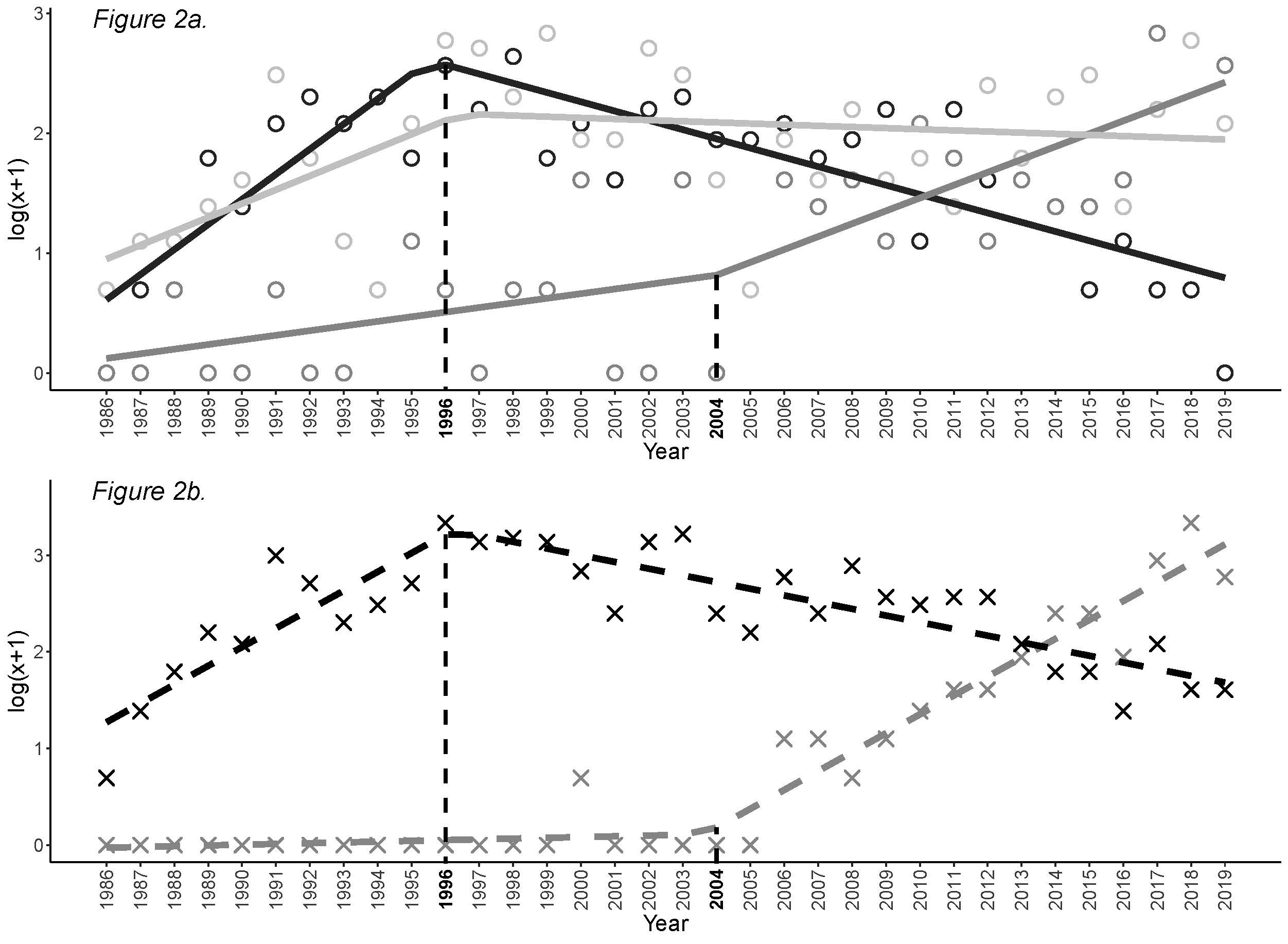 Portenoy and Foley’s 1986 landmark case series ‘Chronic use of opioid analgesics in non-malignant pain: report of 38 cases’ has been reproached for opening the floodgates of opioid prescribing for chronic non-cancer pain and the attendant harms. This influential article has been cited over 500 times in the scientific literature over the last four decades. This study seeks to understand the impact of Portenoy and Foley’s article on subsequent discussions and research about opioids.

We conducted a multi-method bibliometric analysis of all citations of this article from 1986 through 2019 using quantitative relational and qualitative content analysis to determine how uses and interpretations of this case series and associated prescribing guidance have changed over time, in relationship to the evolution of the North American opioid crises.

Using time series analysis, we identified three periods with distinct interpretations and uses of the index article. In the first ‘exploration’ period (1986–1996), the index article was well-received by the scientific community and motivated further study of the effects of opioids. In the second ‘implementation’ period (1997–2003, coinciding with the release of OxyContin®), this case series was used as evidence to support widespread prescribing of opioid analgesics, even while it was recognized that long-term effects had not yet been evaluated. The third ‘reassessment’ period (2004–2019) focused on how opioid-related harms had been overlooked, and in many cases, these harms were directly attributed to this article.

These changes in interpretation demonstrate shifting currents of the use and mobilization of evidence regarding pain and opioids, and how these currents both impact and are impacted by clinical practices and major sociohistorical phenomena such as the opioid crisis. Researchers and clinicians must account for these shifting dynamics when developing and interpreting scientific knowledge, including in the form of clinical practice guidelines.

Subscribe to our newsletter to stay in the loop.